Every year since 1979, the Society for News Design holds a competition called “Best of newspaper design”. This competition isn’t about the news that is written in the paper, but just about how it looks. All the newspapers and magazines from the whole world (daily or non-daily, broadsheet or tabloid, traditional or alternative) can join this competition by sending in their best pages of the newspaper or magazine. According to the Dutch newspaper de Volkskrant, the judge looks at different categories. One of the judges, Bob Unger of the Standard-Times, said about the category ‘Small graphics’ that there are still many newspapers which try to cram too much information in one illustration with chaos as result. Elegancy and simplicity would be, according to him, the solution. 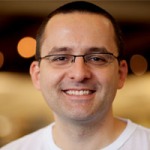 But if we can believe Alberto Cairo isn’t design the only factor for a successful graphic. He state in the Doing Journalism with Data course that a great visualization depends on four features, namely: Functional, Beautiful, Insightful and Enlightening. In this blog post we will first look at these four values and we will end the blog as usual with an example in which we will discuss this topic.

Functional: When you are judging the functionality of your visualization you have to think about the following questions:

Beautiful: It is important that the visualization is attractive; otherwise the readers will not stop and interact with the visualization. So, keep the aesthetic level of your graph high, but don’t think that beautiful the only feature is that matters.

Insightful: Visualizations get insightful when it reveals things that are unexpected, surprising or extremely important. To create an insightful visualization it is important to put your data in context. So, don’t throw some data at your readers, but introduce them to your audience. You can do this with the so-called annotation layer in which you write a proper headline, a short introduction and explain the context of the data for the visualization.

Enlightening: Enlightening graphs are graphs that reveal things that you didn’t know about before. They change the mind of the reader on a certain topic or phenomenon.

Enlightening graphs about the VS?
Let me first tell you in short the story of Linda Tirado. Linda Tirado is an American woman (32), who has a young family. To support her family she works around the clock at two low-paying jobs. As many other people in America, she knows what it’s like to simply keep yourself and your family in life with no money and little energy (because of the hard working). In the autumn of 2013 she read a blog post of a woman who questioned herself why poor people keep making bad decision. This woman based her blog post on a visit at the grocery where she saw poor people with an Iphone. In reaction on this blog post Linda Tirado wrote a blog post with the title “Why I Make terrible decision, or, poverty thoughts”. This post became very popular and results in a book launch in the VS and the UK two weeks ago.

So, you will think, oke nice story, but what has it to do with visualization of data? I will tell you in a second. To introduce the story in the Netherlands, the Dutch newspaper ‘de Volkskrant’ wrote last weekend an article about the book of Linda Tirado. What they actually did: they wrote exactly the same introduction that I did, but then more extended. Beside this description they also put graphics at the bottom of the page (showed below). When I first read that article, I didn’t mention the graphs at all.

The left graph shows the poverty in the VS and the right one shows the percentage of the poor in the VS who are working.

This graph shows the data about the capital per house holding of the poor and rich people in the VS.

This graph has a heading which are telling you: the development of the national hourly rate in the VS and the text beside the graph tells you that 4,9% of the American people have more than one job.

Assuming that Alberto Cairo is totally right with his four values, we firstly can conclude that the graphs are not attractive enough. After all, they didn’t catch my eye. Beside that, the insightfulness of the graphs is also low. The graphs didn’t have an introduction and explanation to the context. You have to guess by yourself why they are there. In this situation I think that the journalist want to give us some extra background information of the situation of the poor people in America, but is that really enlightening information? Most people know that already. Furthermore, I couldn’t read the graph without looking at every single value in the graph and I also want to compare the two first graphs. So, the functionality of the graphs can also be judged as low.

However, when I critically look at the four values of Roberto Cairo I can’t agree with all the elements. For example, I don’t think that every graph has to be enlightening to be successful. They can also have a great reminder or background function. Further, they don’t always have to be very attractive. Off course, it also counts, but when a graph gives the right information it will be also good enough in my opinion. There is one point that I certainly agree on: the annotation-layer can’t be missed. Otherwise, you are indeed throwing some data to your audience and that would be a waste of your time and above all pity!

5 thoughts on “Don’t throw it all away!”